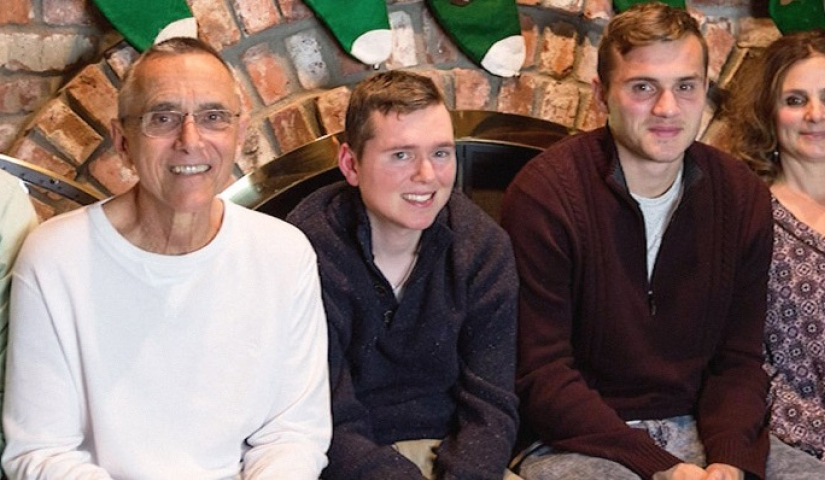 Jordan Morris is a Major League Soccer player for the Seattle Sounders FC & U.S. Men's National team who has also been living with type 1 diabetes since age 9.

The Morris family was celebrating Christmas when they realized their nine-year-old son Jordan needed to go to the doctor. Recently he was losing weight, urinating often, extremely thirsty and exhausted. His mother, Leslie Morris, a nurse, suspected type 1 diabetes (T1D). Jordan loved sports and the next day he was dressed in his soccer outfit, ready to go to a tournament when they broke the news.

Our T1D Family: The Morris's from Type 1 Diabetes TrialNet on Vimeo.

After being diagnosed with T1D, Jordan asked his Mom if having diabetes meant he was going to die. “When the doctor told him he had diabetes, he heard the word ‘die’ and he was scared,” says Leslie. But once he learned he would live and it would be okay, and even beneficial, to play sports, he knew that diabetes wouldn’t hold him back.

And it hasn’t, as Jordan was the first person with T1D to play for the National Soccer Team and in Major League Soccer. After he joined the Stanford University team, they won the NCAA National Championship and he was selected National Player of the Year. He was also called up to play for the U.S. Men’s National Team. Jordan now plays professional soccer for the Seattle Sounders FC, his hometown team. He was 2016 Rookie of the Year and recently scored the game winning goal for the U.S. Men’s National Team in the Gold Cup final against Jamaica.

Jordan’s journey was a team effort with a lot of support from his close-knit family through high school and then teammates and coaches in college.  His parents took him to practices and games to watch over him. Jordan’s father, Michael Morris, MD, who is an orthopedic surgeon at Virginia Mason and Chief Medical Director for the Seattle Sounders, also helped him plan his nutrition and exercise regimen. His two older brothers Christopher and Julian were protective of him and, along with their younger sister Talia, encouraged him along the way.

“We taught the kids how to help if he experienced a low blood sugar,” says Leslie. “Jordan was also very responsible and learned quickly that the more he took care of himself, the better he felt.”

When they learned about diabetes research, Jordan’s siblings rolled up their sleeves to be tested for the disease through Type 1 Diabetes TrialNet. TrialNet is an international network of researchers who are exploring ways to prevent, delay, and provide early treatment for type 1 diabetes. The network is led by BRI and chaired by Carla Greenbaum, MD, BRI’s director of the Diabetes Research Program.

By giving less than a teaspoon of blood and health histories, family members can help find the answers for causes and cures for type 1 diabetes. Relatives of people with the disease are selected to participate because they are 15 times more likely to develop the disease than the regular population. They can be research heroes by contributing to this invaluable scientific study.

Learning If You’re At Risk

The simple blood test can also tell families whether a member is at risk of developing type 1 diabetes (T1D) years before symptoms appear. “Detecting the disease at its earliest stage is very important,” says Dr. Greenbaum. “If you are in the early stages of T1D, you may be able to join a research study looking for ways to slow down or stop the disease. You can start treatment early and aggressively if needed.  Also, participating in risk screening helps kids avoid serious complications before diagnosis. Recent studies find about 35-40 percent of children with type 1 diabetes are diagnosed when they are seriously ill, compared to 3 percent of those who participate in research studies such as TrialNet.”

“We felt it was important for the kids to be tested and know if they had two or more autoantibodies that would show that they would get diabetes,” says Leslie. “Then we could follow them as it developed and get them the right care.” None of the siblings have the markers.

“We want to support each other through everything,” says Talia. “Helping with this research is one way we can do that.”

“To all those considering contributing to research, I want to thank you,” says Jordan. “This is going to be a group effort to find a cure. And I want to thank my family. I wouldn’t be where I am in sports or life without my family. To hear they’re helping with research and supporting me means everything to me.”

“I’d like to give back to the diabetes community and help young people with the disease,” says Jordan about launching the Jordan Morris Foundation. “Professional sports stars with diabetes inspired me, but I didn’t get a chance to meet them or ask questions. I want to be available to talk to kids, inspire them to accomplish their goals and help them with some tips or advice.” Jordan’s community outreach includes a website, get togethers after Seattle Sounders games, quarterly meetings, visits to hospitals and schools and other opportunities.

This article was originally produced at Benaroya Research Institute.