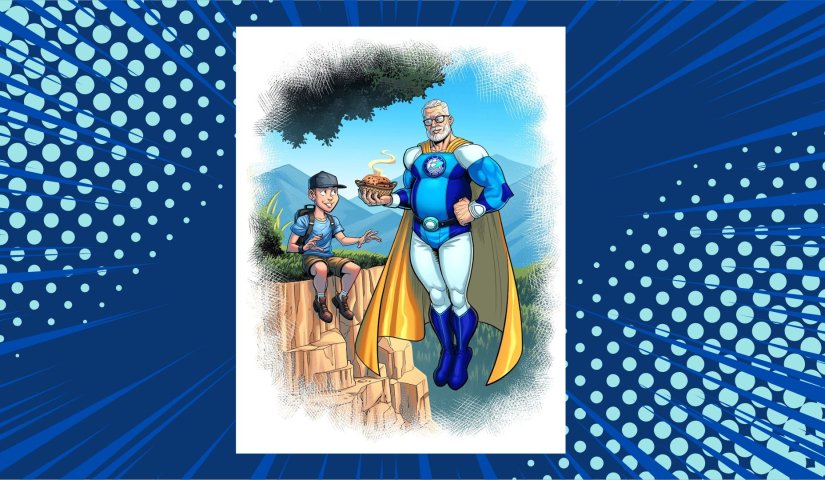 Meet Tim: The smell of warm cinnamon and melted butter rises from Tim’s basket of award-winning cinnamon bread, wafting over northern California. He’s always ready to share a fresh-baked loaf before flying home to meet with his support group for families of children newly diagnosed with type 1 diabetes (T1D).

Years after two of his daughters were diagnosed with T1D, Tim got screened by TrialNet. After testing positive for the autoantibodies that signal increased risk for T1D, Tim enrolled in TrialNet's Abatacept Prevention Study.

Tim Garman will never forget the day his wife, Rebecca, called him from the hospital to tell him their 9-year-old daughter, Hannah, had been diagnosed with type 1 diabetes (T1D) and they were being air-lifted to University of California (UC) Davis. That was 15 years ago, and the day their family’s hero story began.

“We knew absolutely nothing about type 1 diabetes,” recalls Tim. “I told my wife, there’s no way she has diabetes; she weighs 49 pounds. We went through a crash course. They wouldn’t let us go home from the hospital until we could measure and give insulin. I was a roofer with no medical background. It was terrifying and overwhelming. Every day we would call UC Davis and a doctor would tell us how much insulin to give her.”

Just three weeks later, their 14-year-old daughter, Kara, had an emergency T1D diagnosis and had to be air-lifted to UC Davis. Although they caught it earlier this time, it was still shocking. The Garmans had no family history of T1D.

Tim says, “We continued to call UC Davis every day for guidance. Then, one day, the doctor on call left us a message saying they could no longer help us—that we had to learn how to do it on our own. I’ll never forget that feeling. We were terrified we could kill our daughter. I never want anyone else to have to suffer through that.” 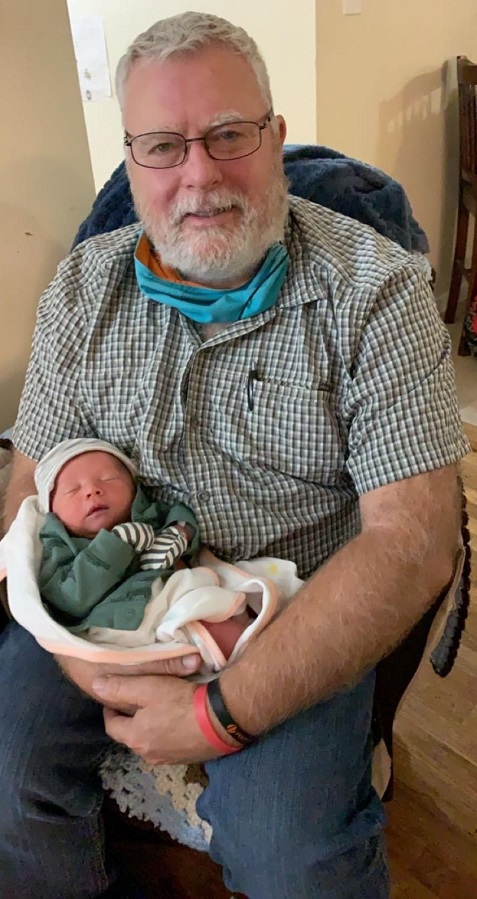 “We reached out to the American Diabetes Association (ADA) and JDRF and looked for a local support group. But there were no local resources in our small town,” Tim explains. “The head of ADA heard about our story. She was coming to speak locally and asked me to share our experience. That changed our lives forever.”

The Garmans, who have five children and live just outside Redding, started a local support group for families with children newly diagnosed with T1D. The group meets on the second Saturday of every month. “For years, hundreds of people would show up,” says Tim. “Since COVID, we’ve been meeting on Facebook Live and talking to people across the country. They reach out through Facebook, and we offer comfort and support. It’s near and dear to our hearts.”

The Garmans learned about TrialNet at Camp McCumber, a T1D camp for kids in northern California. “We all got screened, but I was the only one who came back positive for diabetes-related autoantibodies,” explains Tim. “I didn’t do anything for a couple years. But then as I was nearing the upper age limit for participation in TrialNet (45) I thought, if I’m going to do this, I need to do it soon.”

Tim joined TrialNet’s Abatacept Prevention Study in 2013 at UC, San Francisco (UCSF). In the first year, he made 14 study visits—a 3.5 hour drive each way. Since then, he’s continued to go back to UCSF for additional testing every six months. Results of that study are expected later this year.

Tim says he joined the study because he wants to make things better for all people with T1D. “I don’t care if I get type 1 diabetes; I can give myself the shots. I look forward to my study visits. Getting to know the doctors at UCSF has been the best part. It’s fun to talk with Dr. Gitleman and Dr. Sanda. They’re trying to find a cure for type 1 diabetes, and I like to bounce ideas off them and ask about the ifs and whys. I feel like the whole team really cares about me, my kids, and our future. To have that level of support is amazing.” 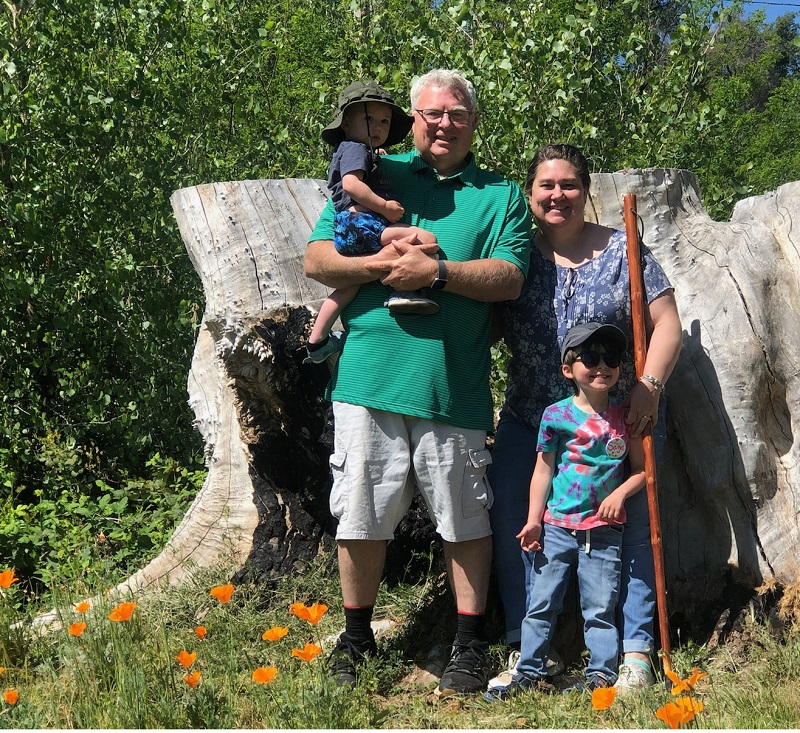 Tim says Hannah (now 24) and Kara (now 31), diagnosed with T1D 15 years ago, are healthy, strong and active. They enjoy rock climbing and sailing. Hannah plays softball and just finished her teaching degree at Chico State. Kara has a 5-year-old daughter and lives in the panhandle of Idaho where she enjoys snow camping and all the outdoor activities the area has to offer.

When Hannah was interviewed for an article in the Redding Record Searchlight in 2008, just a year after her diagnosis, she said: “I’m glad I got diagnosed when I did. If I didn’t, we wouldn’t be helping all these people.” Tim says, “That touches me. These girls are my heroes.”

When a family member is diagnosed, Tim advises, “Seek out education and support. Don’t go through it alone, and don’t let anything stop you. As we share our stories, we can show others it’s okay. You can do this!”

Tim has spectacular plans for Diabetes Awareness Month (November) – he and his support group for parents of children with type 1 diabetes will join the local community in a diabetes awareness walk across the Sundial Bridge in Redding, California on November 12. Already a striking structure on its own, the bridge will be illuminated in bright blue from November 11 – 14.

It all starts with TrialNet risk screening that can detect T1D years before symptoms appear. You can learn your risk with a free in-home test kit delivered to your door. All you need to do is collect a blood sample using a fingerstick and send it back using pre-paid, contactless FedEx pick up.

If you prefer, you can order an in-lab test kit to take to a local lab for a blood draw. Or you can schedule a blood draw at one of TrialNet’s many locations. Sign up today at trialnet.org/participate. 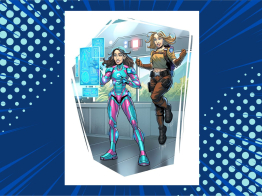 Meet Talia & Ali: Sisters Talia and Ali use their superhero powers to prevent health conditions from ending up as emergencies. Talia combines her health informatics skills with time travel to identify who’s headed for trouble. Ali jets through the clouds at superspeed to deliver the news. Talia’s passion fo... Read more 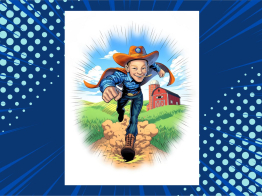 Meet Luke: Puffs of dust swirl in a path around the barn. The chickens stir, ducks wobble forward, sheep bleat, and the pony snorts in response to a soft whoosh of air. It’s 8-year-old TrialNet hero Luke running at hyper speed to complete his chores before the start of the school day. Luke tested positive for autoa... Read more
Get in Touch